Regardless of the cost savings, and of the fact that already for image reasons, one should respect the fact that some people do not wish to be solicited, advertising per telephone, fax and email is only allowed in most countries when the addressees have explicitly consented to receiving this advertising. In order to limit the legal risks of database marketing campaigns and legal costs thereof, the use of Robinson lists is virtually an obligation. Robinson lists are managed by the inter-trade organizations of the direct marketing companies and/or by consumer protection offices. Entries in these Robinson lists are free of charge. Attempts to sell paying entries for this purpose are always to be considered untrustworthy.

Here are the websites of selected Robinson Lists worldwide:

Furthermore, you should also maintain and use your own company-internal black lists. These should include the date of and reason for blocking in addition to the blocked address. Among others, the following entries can be included in these lists:

Black lists can be processed with tools such as DataQualityTools or DeduplicationWizard, available at www.DataQualityApps.com . The error-tolerant deduplication supported by these programs ensures that blocked addresses are recognised as such even when they have been recorded differently in the black list than in the list of addresses to be solicited. 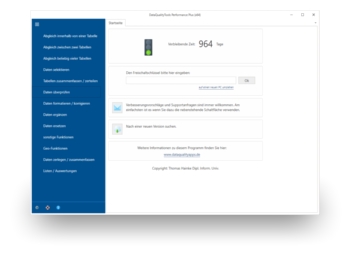