This function offers various options in order to visually improve addresses. These include, among others, a case correction, that means the option to transform addresses that are completely written in upper case letters, as they are still sometimes found in mainframes, into a visually more appealing form with upper and lower case letters. Analogue to this, there is the possibility to transform addresses written in lower case letters only, as they are often found in the internet, into the same visually more appealing form with upper and lower case letters. Furthermore, the space characters contained in the address can be standardised, control characters can be removed, or one can even remove all characters except for numbers. Of course, one can also convert addresses into mere upper or lower case form. 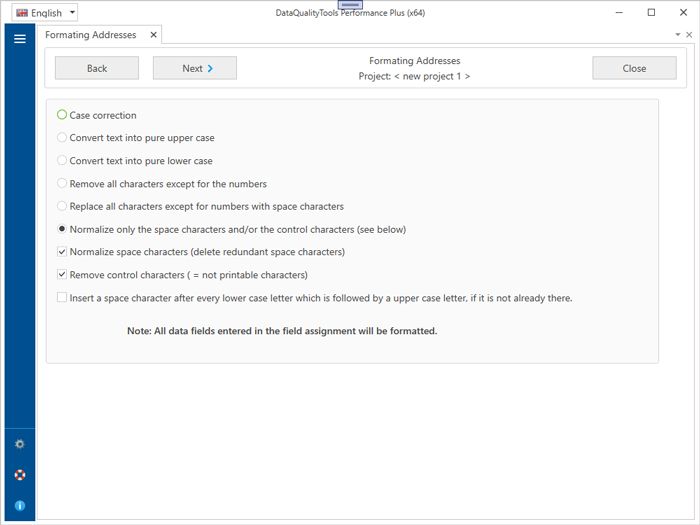